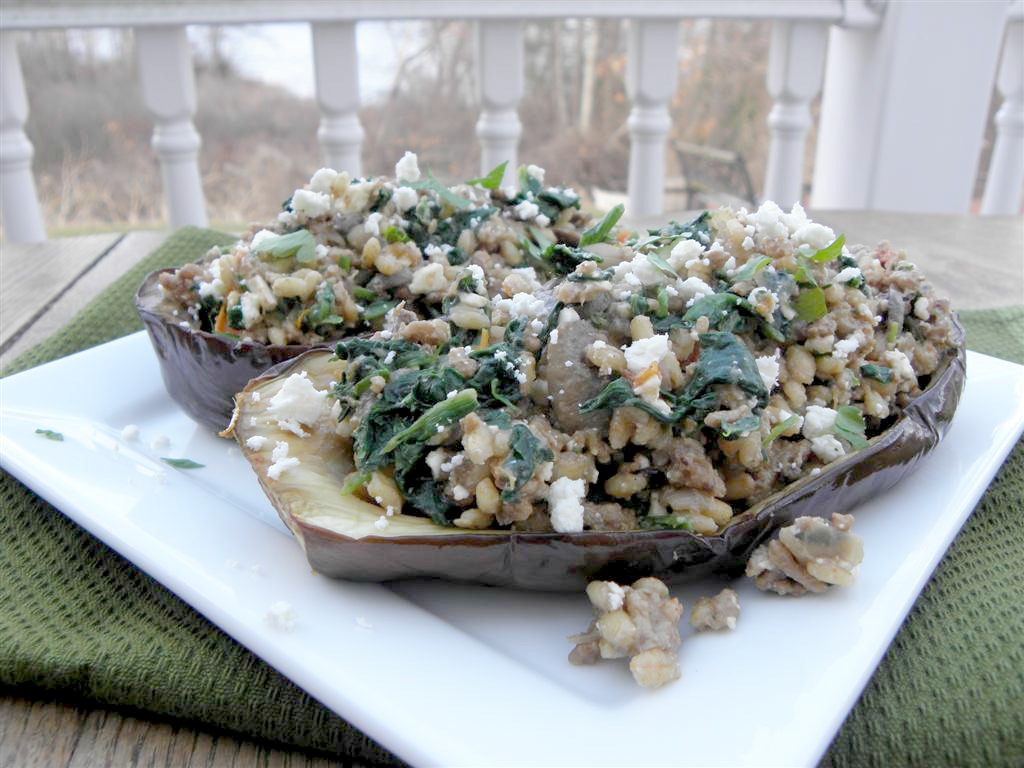 Anything stuffed with yummy vegetables and cheese is a winner for me. I love eggplant but my hubby isn't crazy about it. He loves this recipe because he barely notices he's eating any since I add some many other veggies into the mixture. Half of an eggplant is definitely a dinner size meal. If I were having it for lunch I would most likely cut that half in half again as it is very filling.

I would even have this without any meat and just veggies but my hubby is a meat man who wants a lot of substance in his dinners. I've given you the nutrition info for either way you prefer. 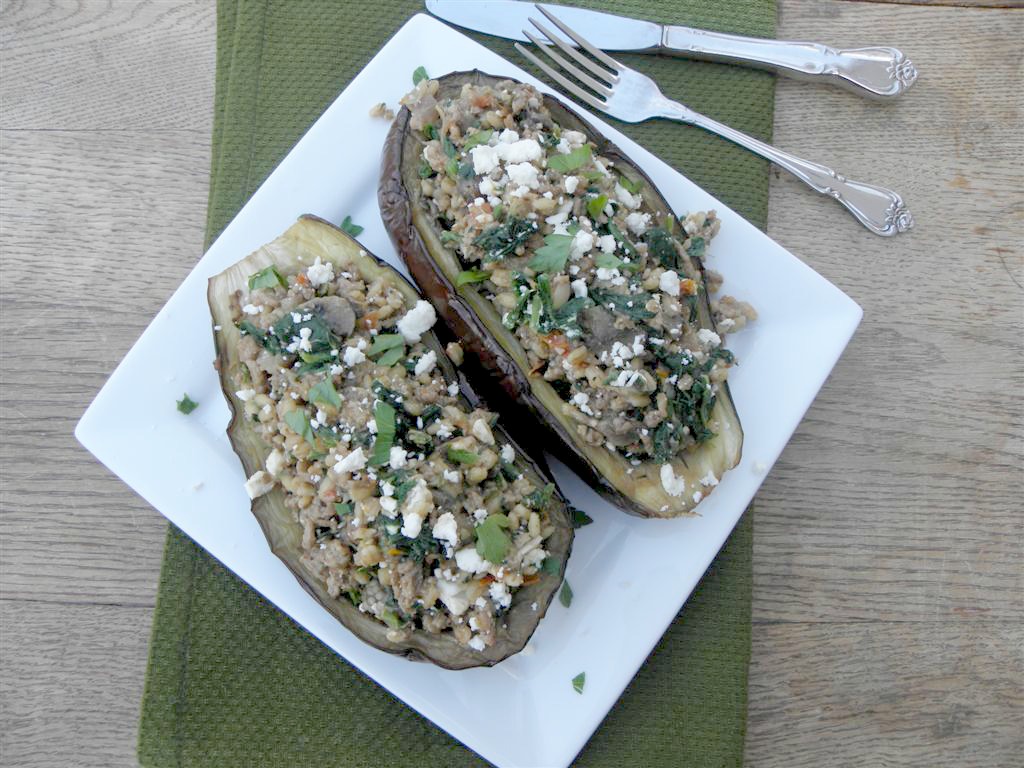 This recipe is being shared at Feasting in Fellowship, The Country Cook, Tasty Tuesday, Slightly Indulgent Tuesday, Traditional Tuesdays.

Serving is half of the halved eggplant or 1 whole pepper. 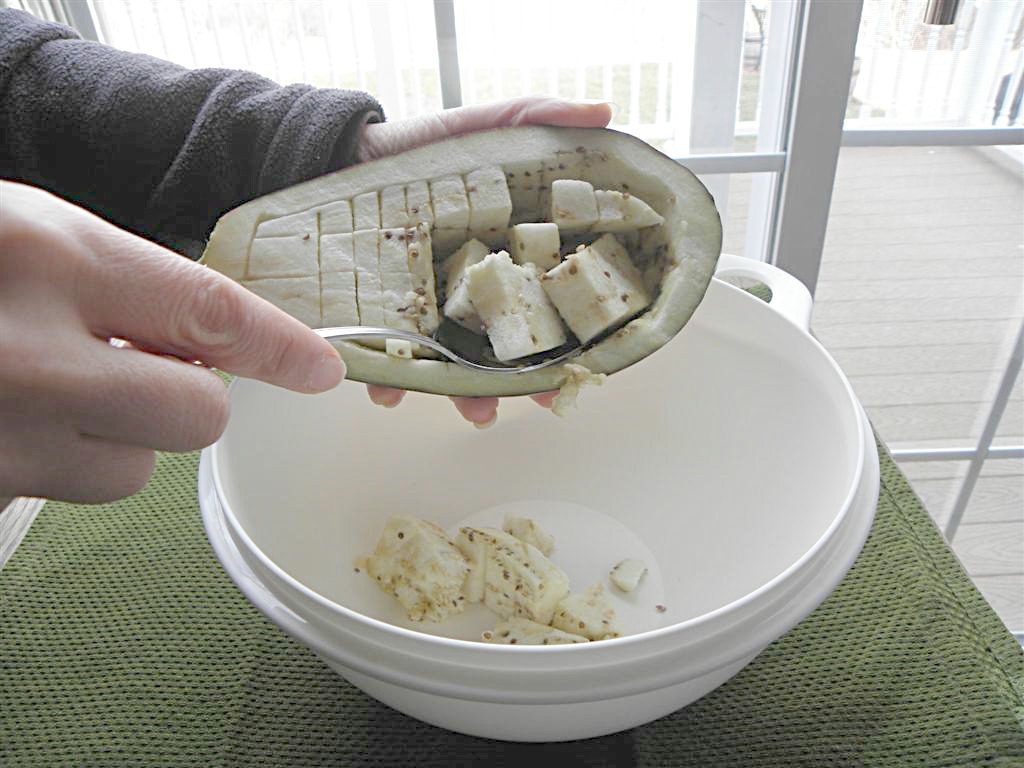 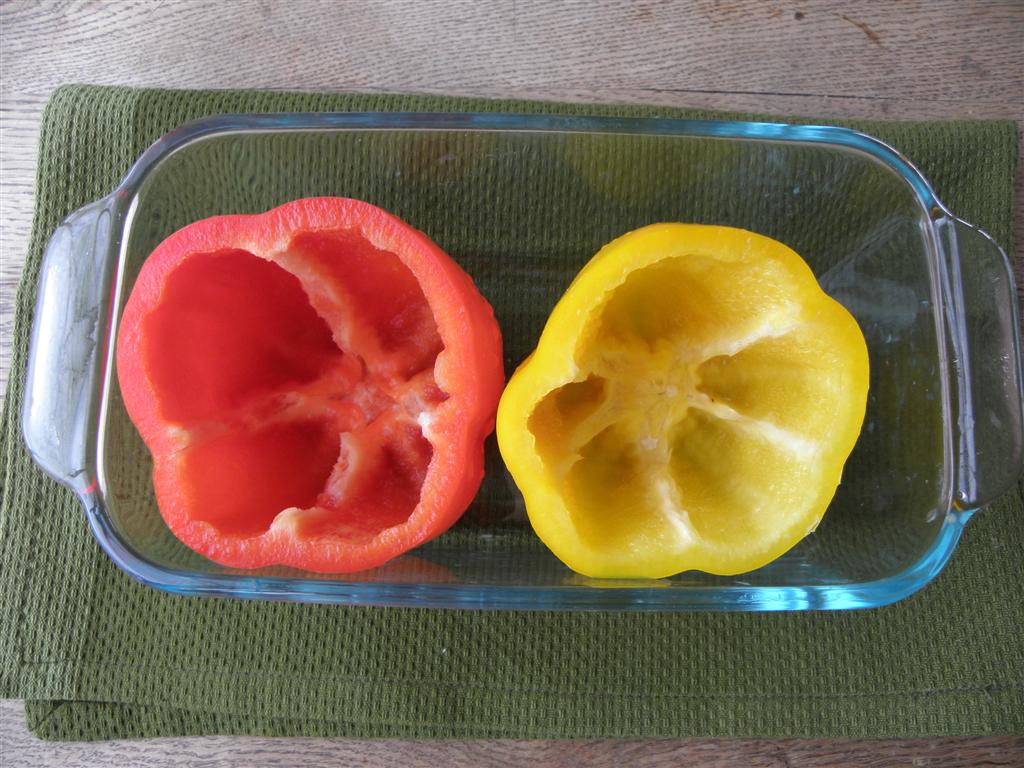 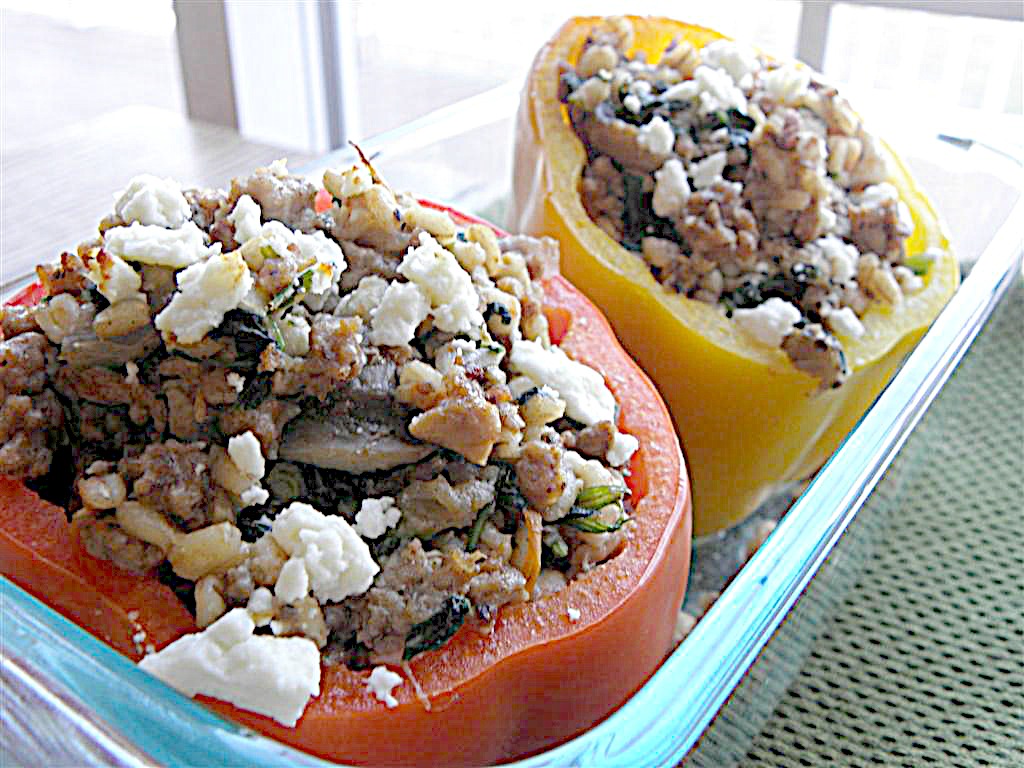 If you have room for it a yummy Fennel Salad would be perfect with this!

Have you ever made stuffed eggplant or peppers before? What do you usually stuff into them?