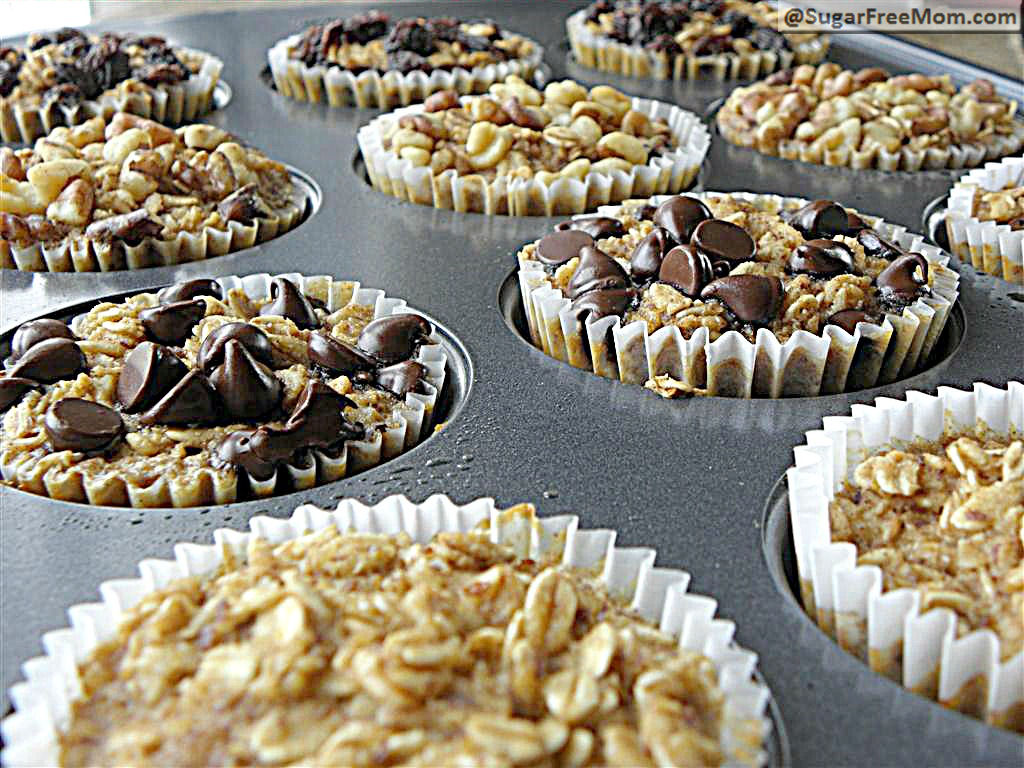 This little recipe of mine has gained HUGE popularity all over the web and for good reason! It's personalized! It's portioned! It's portable! With all the variety, I knew it would be a favorite not only for my family but others as well with picky eaters.

But because of this very variety and personal tastes, many questions,variations and substitutions has been inquired. So this page is dedicated to those very questions!

Just as an FYI: I have NOT made my recipe with certain substitutions, but I have for some ingredients and therefore I will specify which ones. Making substitutions alter my original recipe and so make them at your own risk.

1. Can I eliminate the flaxseed meal? Yes you can and it should not effect the recipe as a whole. I have not made it without flax seed. Is it safe to cook with flaxseed? YES! Here is an article to back that up:http://www.livestrong.com/article/533140-does-flaxseed-lose-nutrition-when-it-is-cooked/.

2. What can I use to substitute the flaxseed meal? Oat bran or chia seeds would work.

3. I don't have banana, can I eliminate it? No I would not suggest eliminating the banana as it is what adds natural sweetness and moistness to the recipe. One reader DID make it without banana with no replacement and said they came out fine.

4. I have a banana allergy, what can I substitute in place of banana? Readers have made the following suggestions allow I have NOT made any of these substitutions.

5. Can I use egg whites instead of a whole egg? I haven’t tried but I think it you would need at least two whites to equal one whole.

6.. I have an egg allergy, what can I substitute? Here are some reader comments on this:

7. I don't have stevia, can I use honey? Yes, I have used a ½ cup without problem in the recipe.

8. Can I use maple syrup in place of the stevia? I have not made this substitute, but since I have used ½ cup of honey in the recipe I think ½ cup of maple syrup would work fine.

9. Can I use brown sugar in place of stevia and how much? I have not tried it, but readers have commented that ¾ cup of brown sugar worked great in the recipe.

10. Do you think one could make this with quick oats instead of old-fashioned? Yes but they may be more mushy.

11. I'm allergic to apples so what could I use to replace it? I would suggest more banana or another fruit puree, I have not tried it.

12. How can I reheat these if I don't have a microwave? Here's a response from a reader:

13. Can I use soy, almond or rice milk in place of the 1%? Yes, although I have not made the substitute I would think it would work just fine.

14. Can I use water in place of the milk to lower the calories? I have not tried it so can't comment on taste. I am sure it would work fine but would it be as good? I don't think so.

15. Can I replace the rolled oats with steel cut oats? I have made it with quick steel cut oats from Trader Joe's. Here is the recipe: Personalized Baked Steel Cut Oat Cups.

BUT REALLY??? Does it matter??? If you got more isn't that GOOD? Freeze whatever extra you won't be using within the coming week and be happy you have some to pull out  on those crazy mornings. 🙂