These Amazing Low Carb Cinnamon Rolls are made with Nut Free Fathead Dough! They’re Grain Free, Gluten Free, Sugar-Free, Keto and the texture is so much like traditional rolls you will shock your family and even yourself! 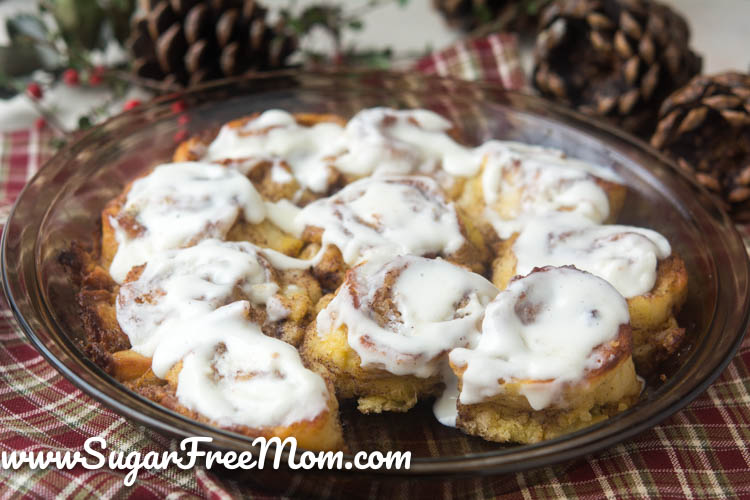 The holiday season, specifically Christmas is not complete without a breakfast of CINNAMON ROLLS, agreed?!! These beauties can hold their own in deliciousness and easiness to traditional sugar carb laden cinnamon rolls. The Magic Dough needs just a few ingredients to transform it into the texture you’ve been missing if you’ve been on a low carb diet for some time now. 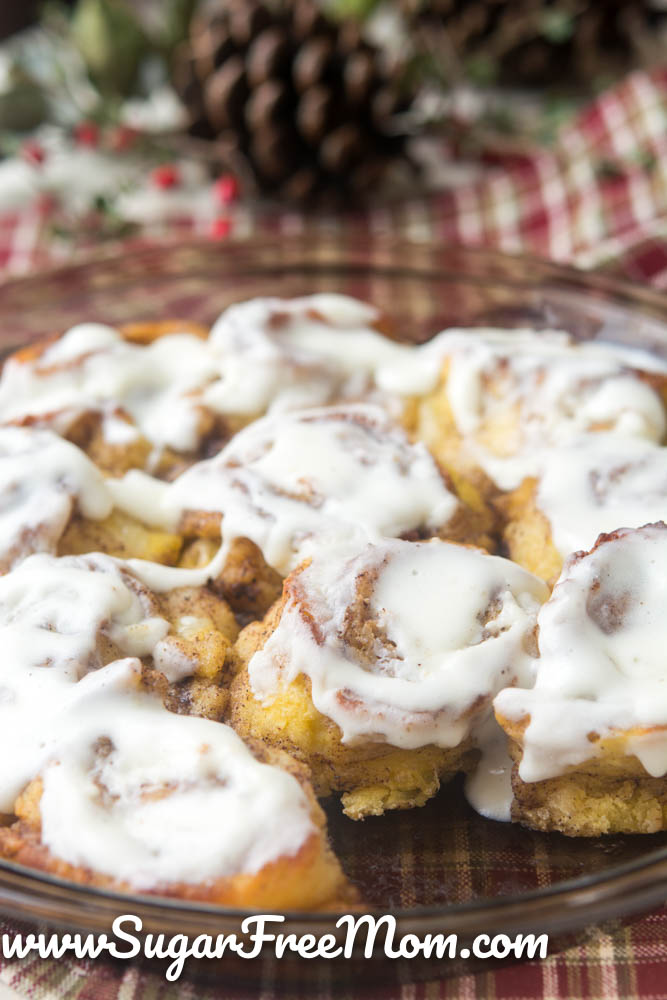 Unlike the classic Fathead dough made with almond flour, my dough is made with coconut flour and honestly I don’t want to toot my own horn, but it’s pretty perfect in the ability to make you feel like your biting into a fluffy carby roll! I’ve used this magic dough for many recipes being savory or sweet! 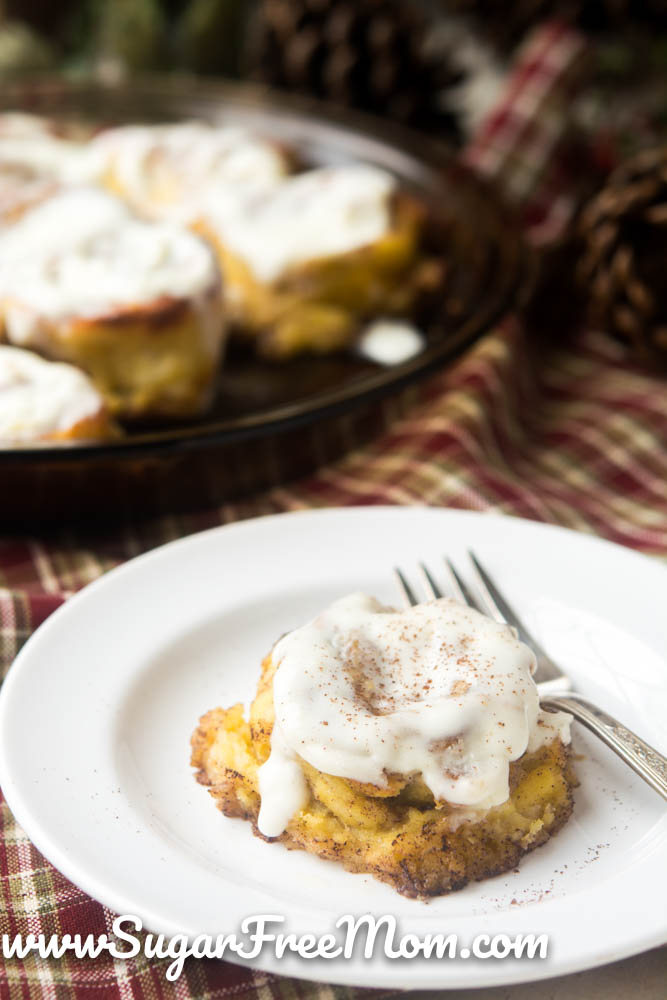 You can make this ahead, just cook it and don’t frost it. Once cooled after cooking, cover and refrigerate. Reheat in the oven at 350 with aluminum on top so it doesn’t get too browned for about 20- 30 minutes. Remove the cover for the last few minutes then top with the frosting before serving the morning you want these. 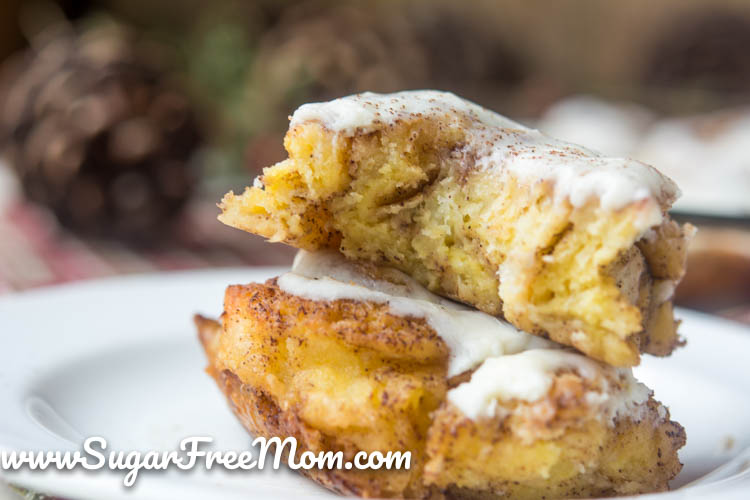 I’ve not yet tried to make these ahead without baking them until the next day so for now I don’t recommend that. I’d just bake them as is then cool, cover and refrigerate. Reheat the morning you prefer and top with frosting, that’s a must and wouldn’t be the same without it! 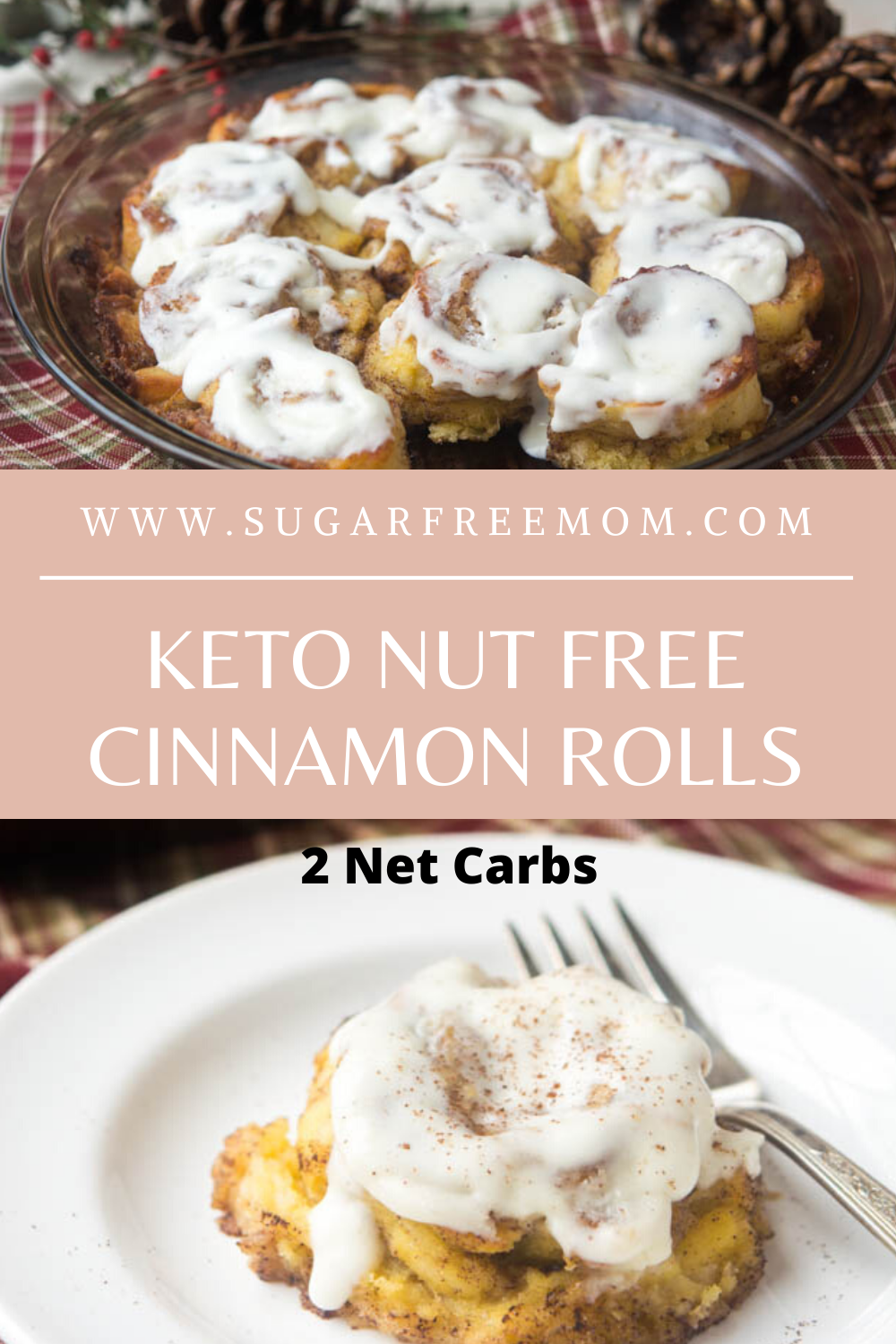 UPDATE!! I prepared this recipe and DID NOT bake it. I covered it well and tight with plastic wrap and refrigerated it on Christmas Eve. The morning of Christmas I let it sit on the counter for 1 hour before baking. The only difference I noticed was that it took about 25 minutes instead of 15 minutes to bake in order for the dough to fully cook and get browned. I also reduced the amount of sweetener as a few comments mentioned it was too sweet. I was out of the Sukrin brown sugar sub so I used Swerve confectioners instead for the Cinnamon “Sugar”. I prefer the Sukrin though, as I felt and my hubby, the Swerve left a bit of an aftertaste. But as far as texture it was just as good as having made it fresh. 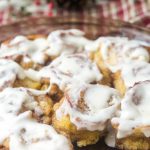 UPDATE Feb 2019: I changed the coconut flour from 3/4 cup to 1/2 cup because some people were having issues with rolling the dough. I also tried a new method for preparing. Add all ingredients for the dough into the food processor, then add to a microwavable bowl and microwave for 2 minutes, it's much better combined. Then proceed with recipe to roll it out, add cinnamon sugar filling and roll up using the ends of the parchment paper to help you roll it over. Then slice into 12 pieces and bake as follows. Nutrition info has been updated and total carbs went from 6grams to now 4grams. 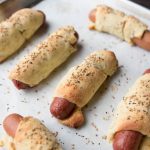 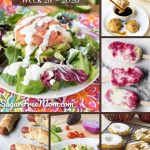 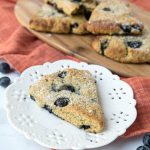 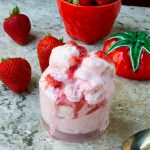 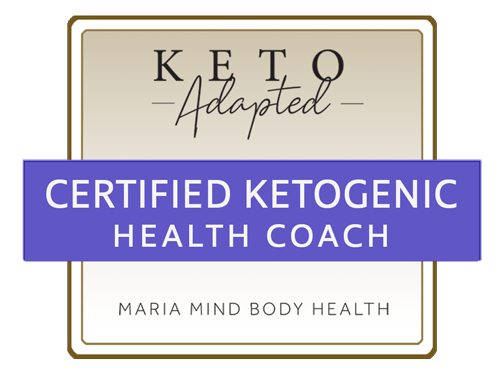 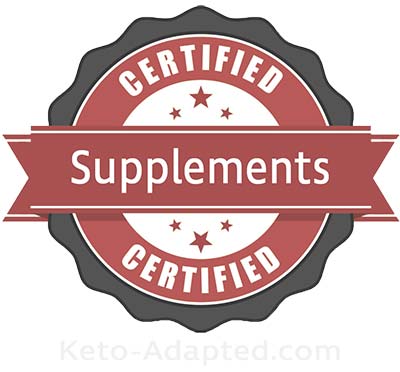