Pizza dough just got a healthier twist made with 100% whole wheat flour and coconut sugar! 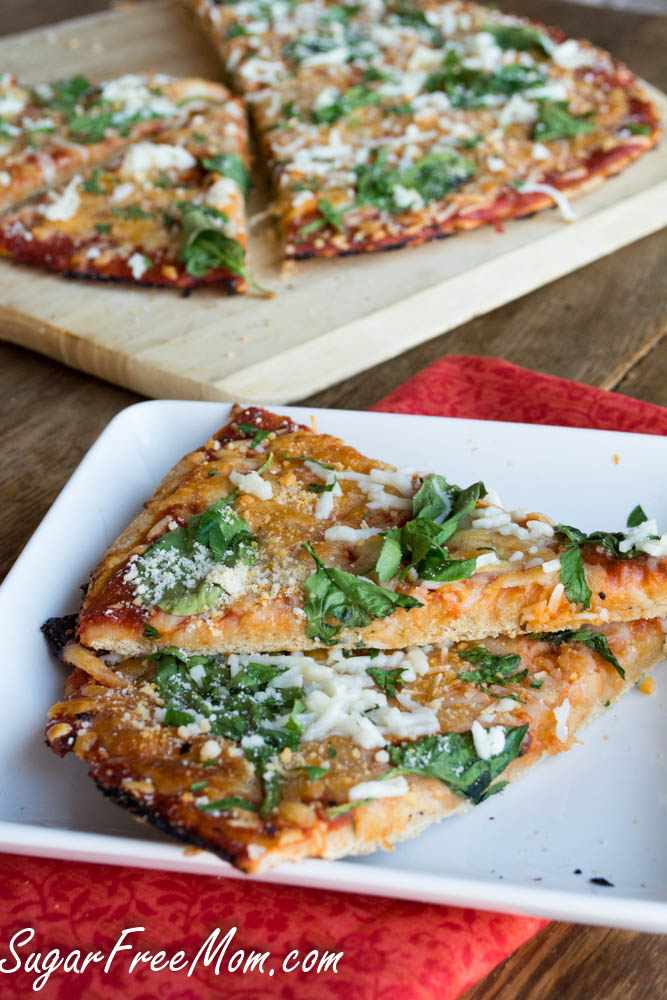 Making a healthier pizza dough is within your grasp and doesn't require a lot of effort. With this recipe you make it once and get two dough's for the one time effort in the kitchen. Easily freezable or refrigerated for up to a week. 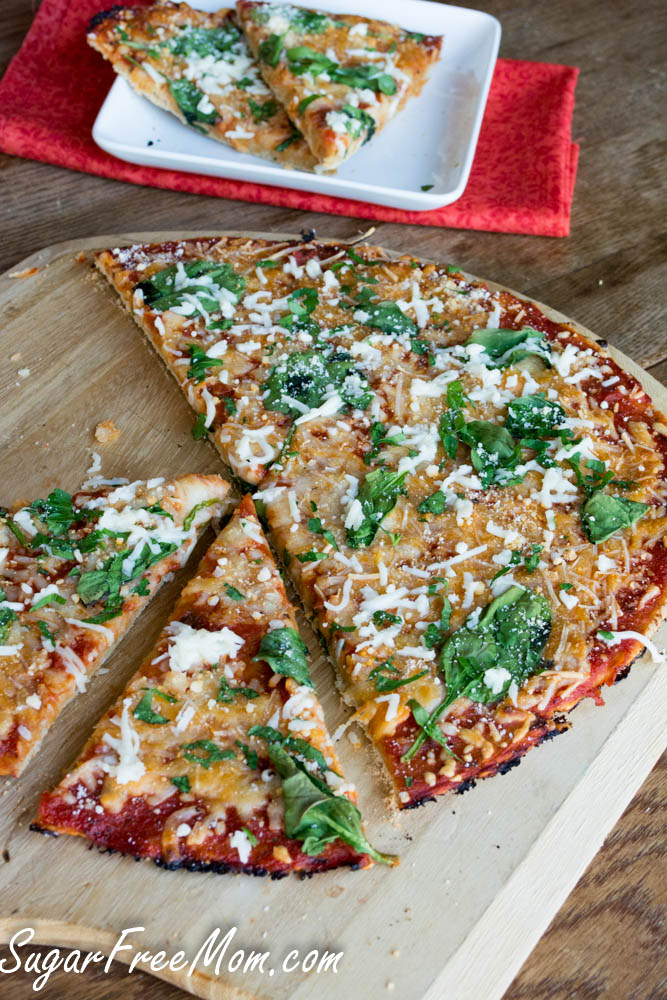 This recipe was originally posted back in Dec. of 2011. I wanted to adapt it to make my time and effort for making homemade dough more enjoyable by being able to walk away with two for the price of one! 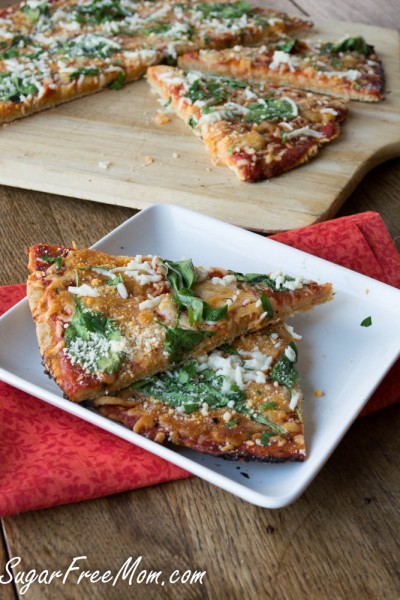 I also wanted to update the pics of my earlier blogging years as you will see below! 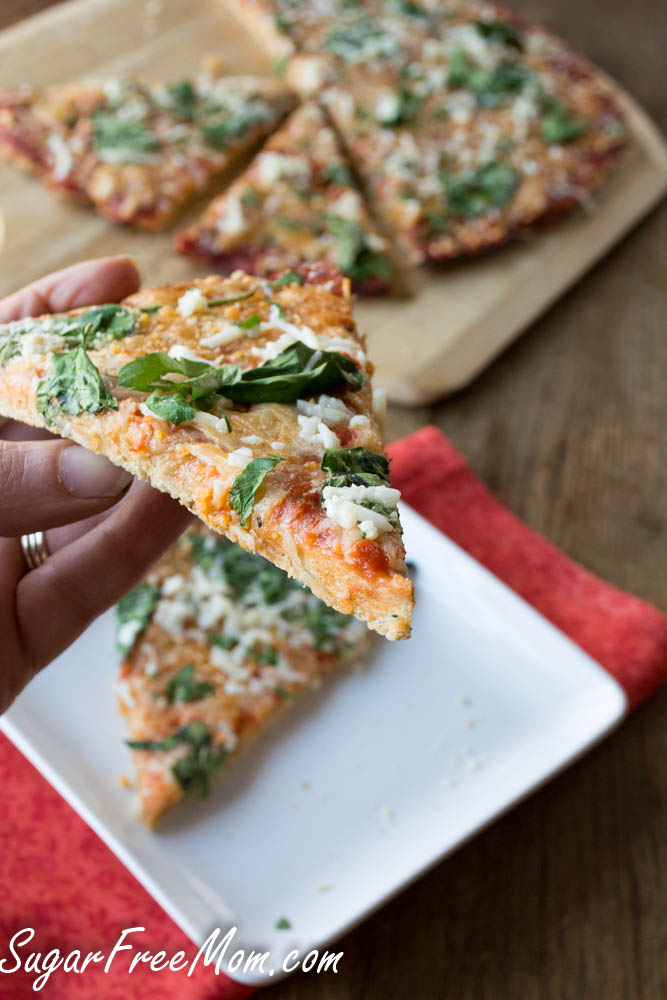 I have tried a billion and one recipes for whole wheat pizza dough. The problem with many of them is they contain sugar as well as a mix of white flour and whole wheat. I've found a few that were purely whole wheat, but the texture was either really dense or just not pliable enough to make into calzones or pizza, to my liking anyway. 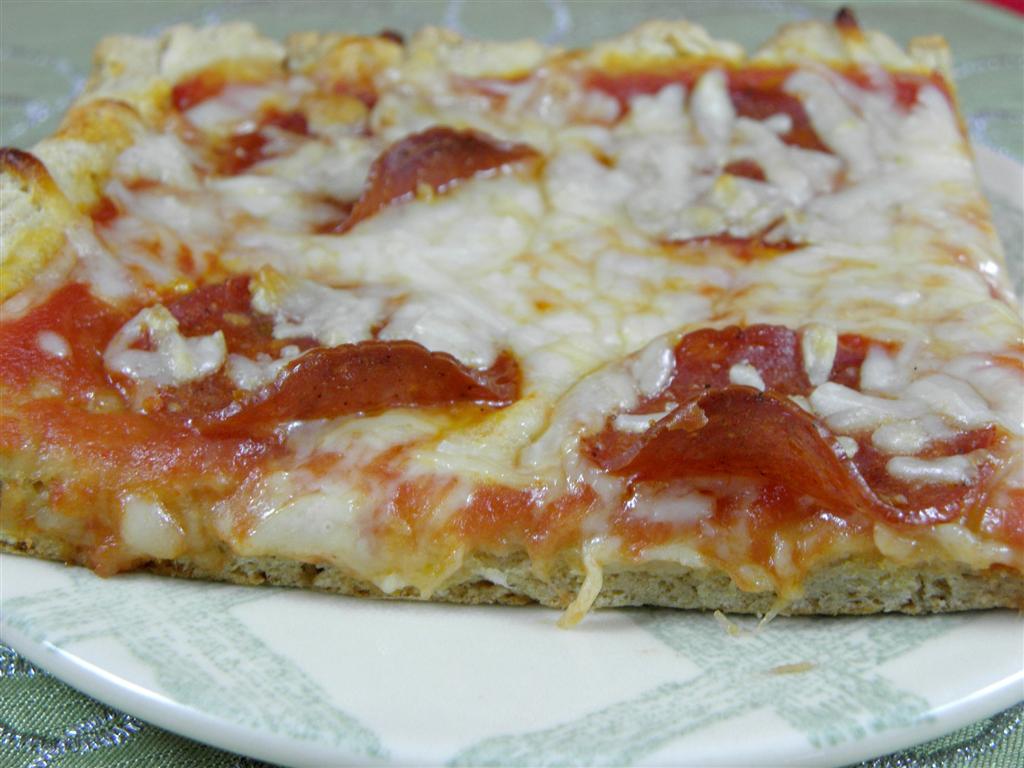 I'm not a gluten free girl, but I know there are plenty of gluten free flours out there I could have tried. The problem with those recipes was that I would have had to buy an assortment of other ingredients to make the dough work well, which to be honest was not something I wanted to spend the extra money on especially since I don't have a gluten allergy. I do however have a dislike, allergy, whatever you want to call it, to using white flour and refined sugar in my cooking and baking so they are a no go for me. Making dough with half whole wheat, half white flour was not going to make me happy.......ever!

My sweet friend Allison, who has no Italian in her blood whatsoever (not that that's a prerequisite for good dough making, but you get my point) makes a delicious calzone with homemade dough. I asked for her recipe and tweaked it! I am super happy with the results being as there is absolutely no white flour in the dough at all and only a bit of honey to make the yeast work well. Two out of three kiddies liked the pizza, which is a win in my house since my oldest, almost a teen, is the pickiest eater who dislikes all things healthy!

I used my stand mixer for this, so you would have to knead it by hand if you don't have a bread machine or mixer with a dough hook. I LOVE mine which was a gift from my father-in-law almost 15 years ago for our wedding and its still working just as well! 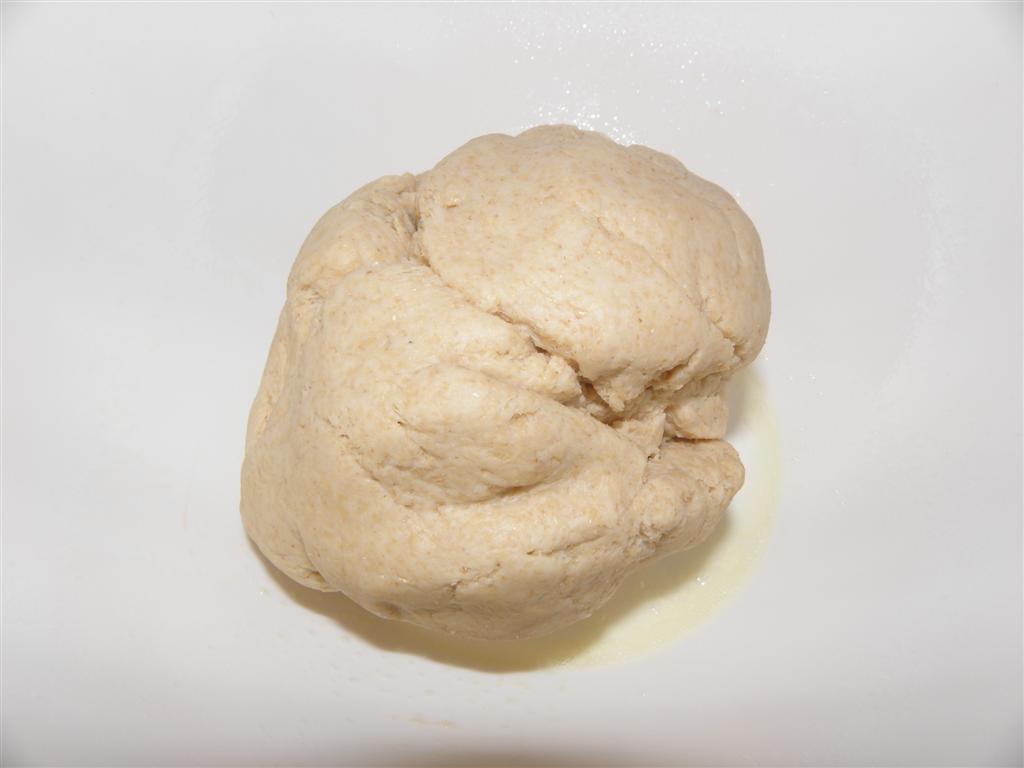 Of course if you are comparing this dough to the texture of a white flour pizza you will probably be just as disappointed as my preteen was. BUT if you are looking for a delicious, healthy dough made with whole ingredients for a healthier version of something you love and don't want to give up just because you may be trying to lose weight, than this dough is the dough for you! This makes a small pizza so double the recipe for two small pan pizzas.I prefer to not have any left over pizza as I love it too much and have a hard time saying no to eating it! I made a small square pizza, but you could use a round pizza stone if you have one. I grew up with Sicilian style square pan pizza's and this is how we like them. 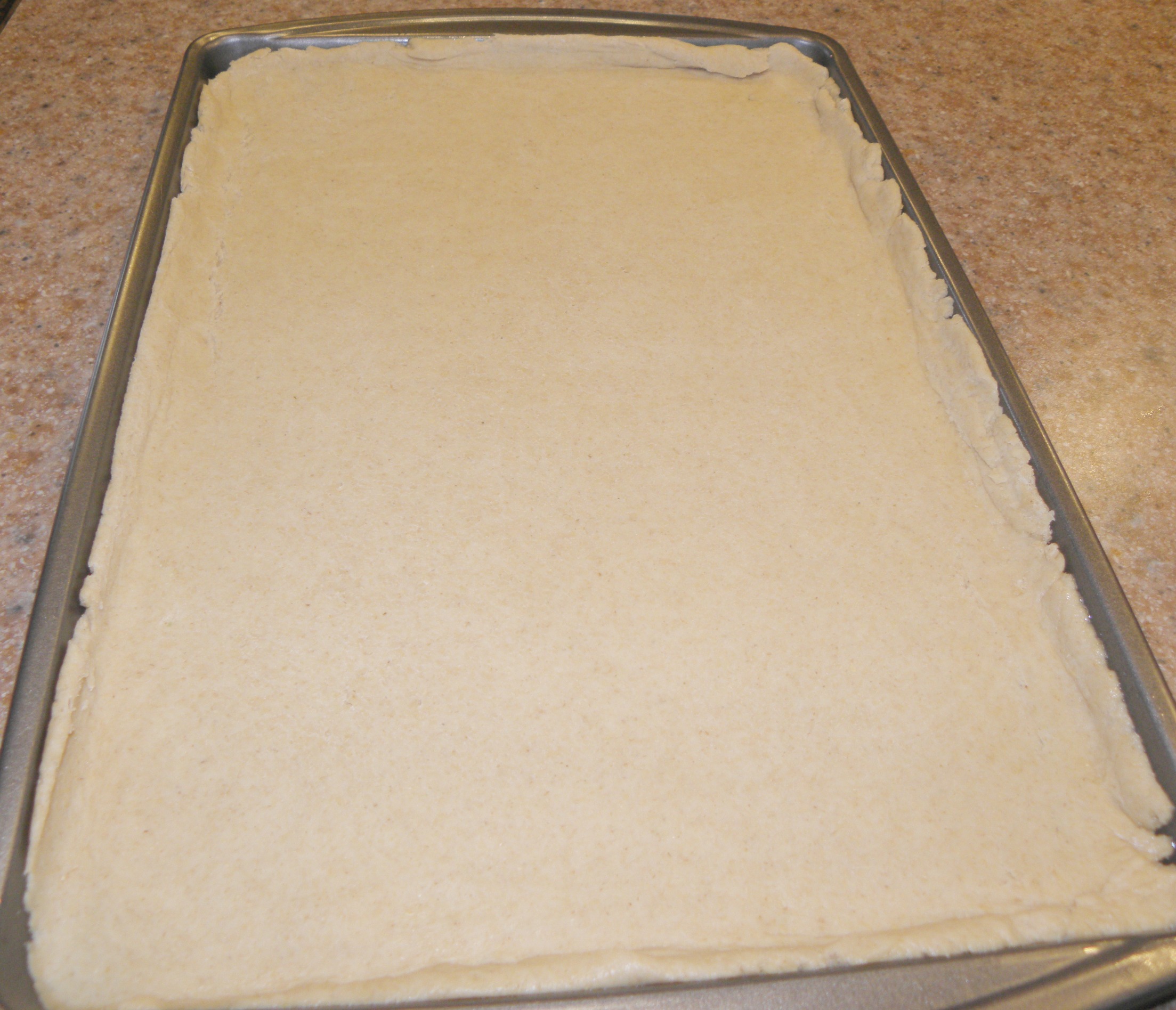 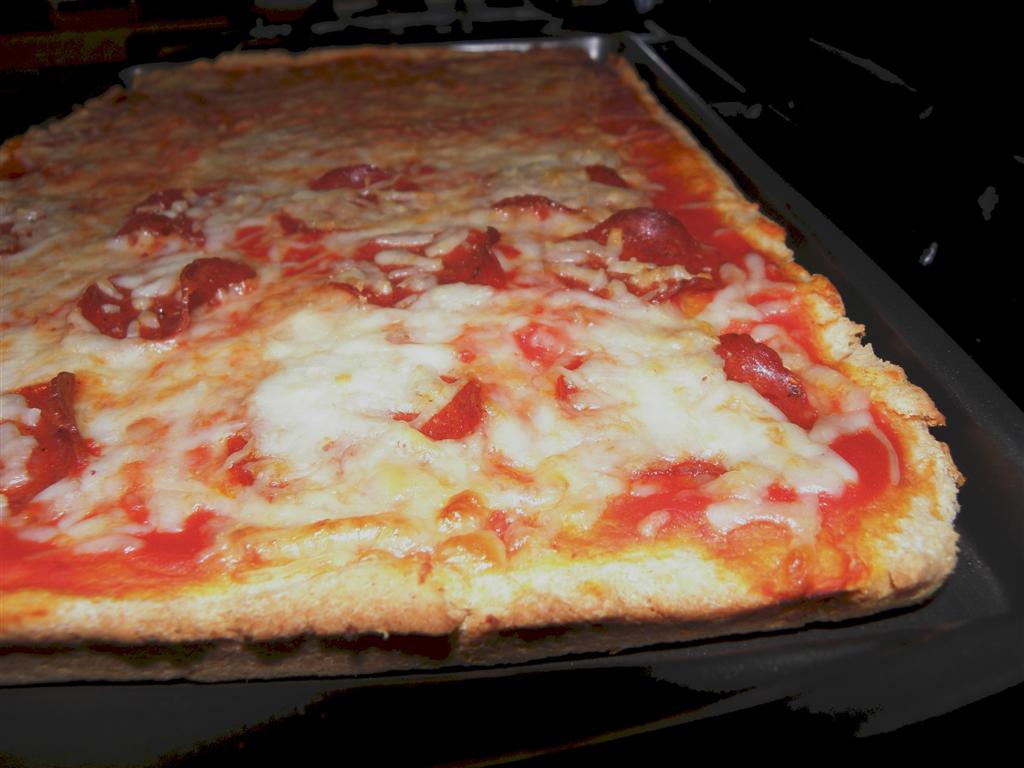 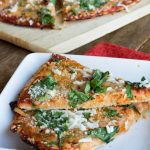