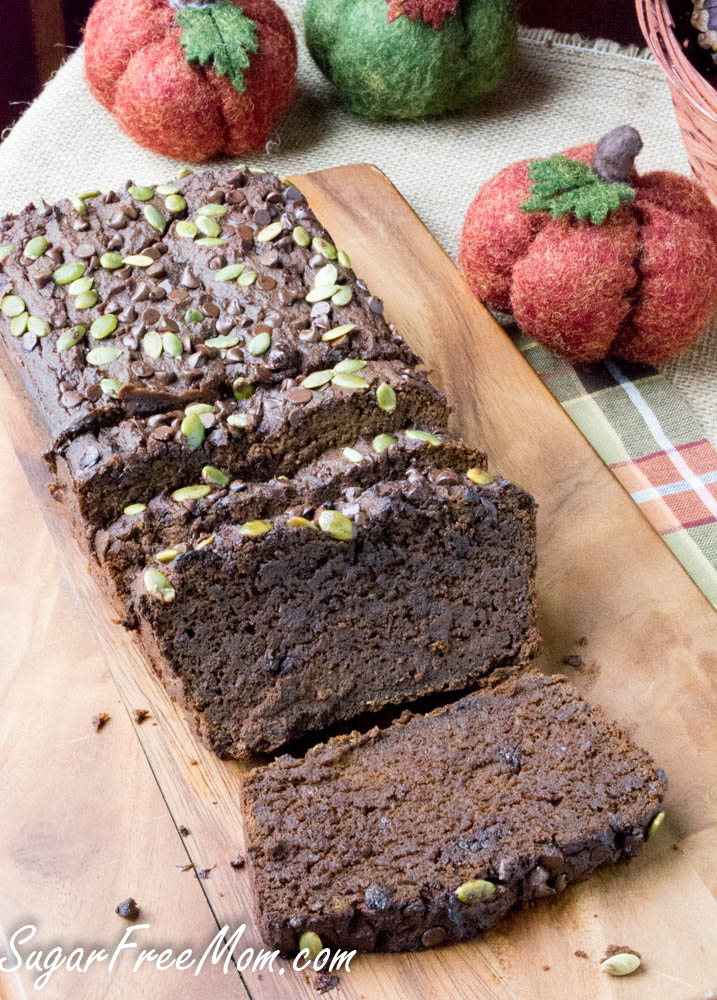 It's the season for all things pumpkin and the combo of chocolate and pumpkin in bread form has always and will continue to be the worlds best of the best of the fall recipes!

You just can't beat the combination. The pumpkin adds just a small hint of flavor but adds just moisture and softness, almost the same texture as a banana bread, it's hard not to love it. 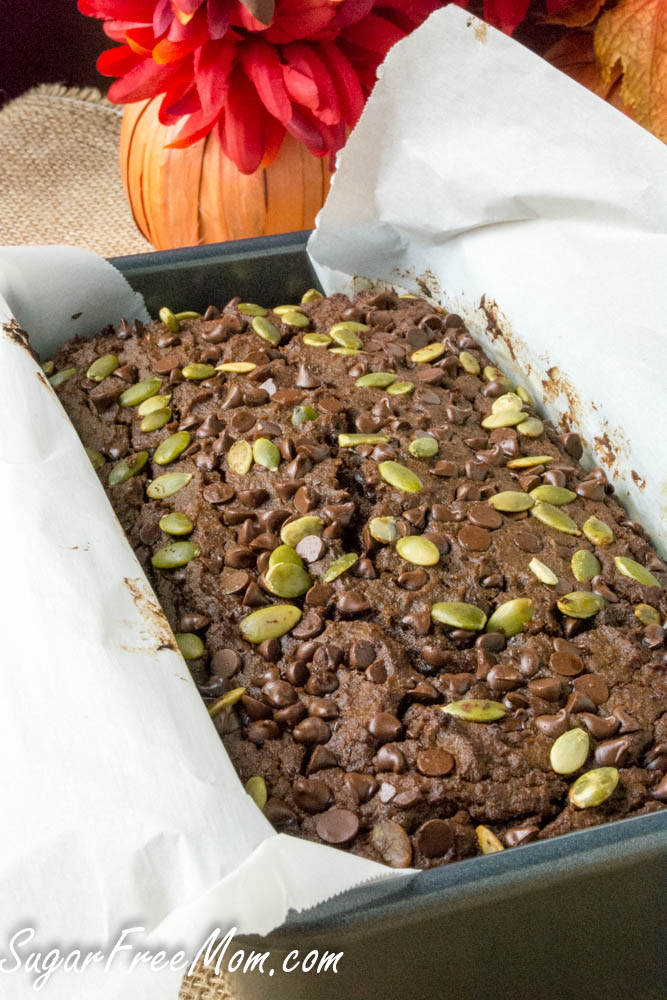 Making it low carb, gluten free and also grain free was no easy task! I've had to experiment with the amounts of of everything from the butter, sweetener to the flours used. Six times was the magic number because I wanted it to be my very best recipe. I wanted to show how fabulous a pumpkin bread could be using non traditional ingredients. 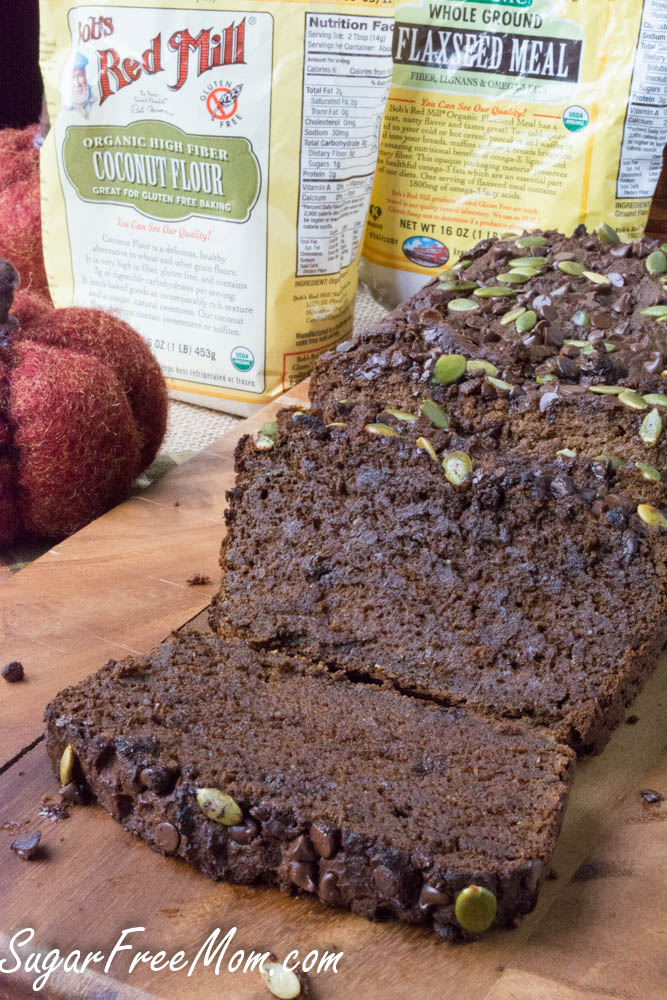 My ingredients of choice also need to be nut free, another difficult task in the low carb baking world. Embracing coconut flour has been the hardest skill I've had to tackle but once I finally get the best, it's a task well worth my time and effort.

Super moist and full of chocolate and pumpkin flavor. My youngest son who has the tree nut allergy is not a fan of anything flavor of coconut. He is also the greatest detector of coconut in my recipes and a tough critic. He loved this bread and could not taste any coconut flavor. The other ingredients are the star in this hearty and dense bread. 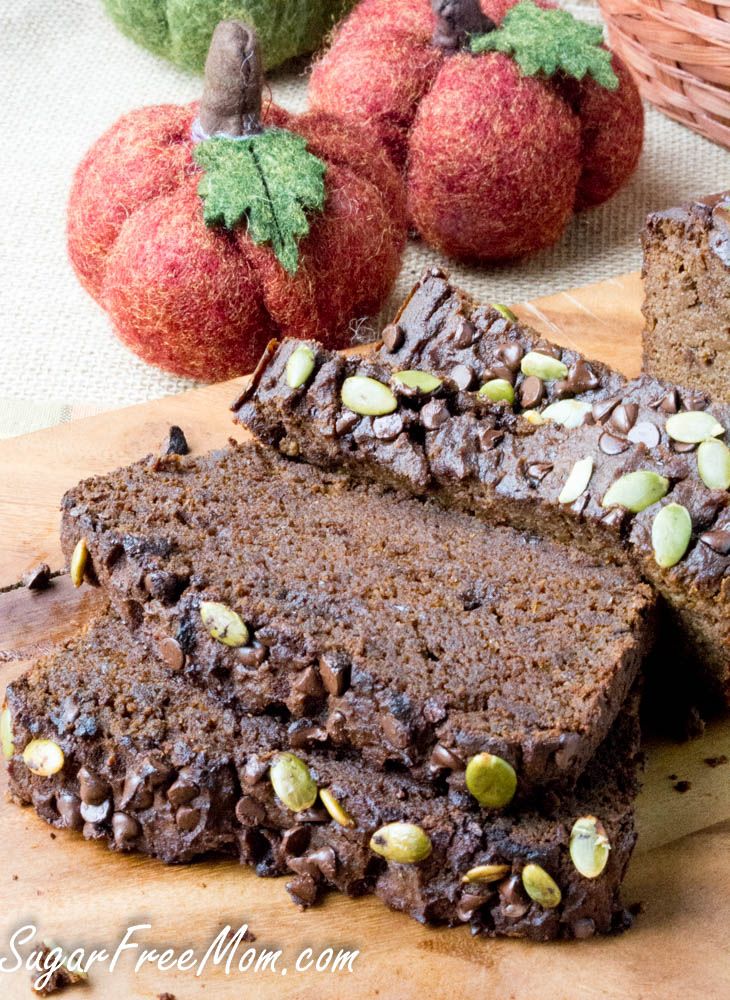 Toast it with butter or top with some sugar free whipped cream. You could probably even turn these into muffins! 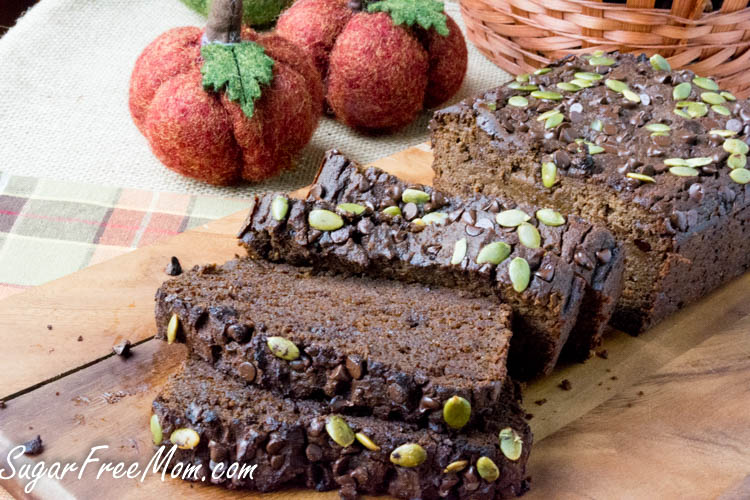 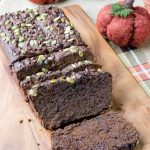 This recipe was originally posted in September of 2016 and updated with video in 2018.